Digital transformation — what is the large enterprise to do? Shed cumbersome legacy practices and make the leap to organisational agility? Or shore up old systems and hope scale still carries some clout?

Could the answer be to do both? To maintain the status quo while also working at the bleeding edge of organisational agility?

This dual-track approach is the thinking behind something called bimodal IT. The term was coined by research and business advisory giant Gartner as a strategy for organisations struggling to balance meeting the demands of the modern marketplace with needing to keep decades-old legacy systems working. The company defines bimodal as “the practice of managing two separate, coherent modes of IT delivery, one focused on stability and the other on agility. Mode 1 is traditional and sequential, emphasizing safety and accuracy. Mode 2 is exploratory and nonlinear, emphasising agility and speed”.

The first ‘mode’ focuses on “exploiting what is known, while renovating the legacy environment into a state that is fit for a digital world”. In other words, maintaining and updating existing IT systems that keep all the main business functions ticking over.

The second mode “is exploratory, experimenting to solve new problems and optimised for areas of uncertainty”. This is the fail-fast, speed-to-market, team-driven innovation that delivers digital products to meet immediate business demands.

It’s easy to see why this approach might appeal to business leaders. Competitive start-up agility without abandoning familiar, proven practices.

Doubling up instead of doubling down

The first and most obvious problem with this approach is of doing different things in parallel. Maintaining two distinct strategies is going to be heavy on resources — or will mean spreading those resources more thinly. So, the choice boils down to either extra expense or potentially doing two things less well than you would otherwise do either one.

Then there is a cultural challenge. You’re splitting your IT department into teams that will look roughly like this (at least to many of the people in them):

You can imagine the resulting demographic split. It’s one that would result in talent more predisposed to progressive, agile working being concentrated in one area of the business instead of driving the change that’s needed throughout.

Cloud computing expert Bernard Golden, VP of Strategy at ActiveState, told CIO.com: “The implication of bimodal IT is that traditional IT is facing an awful future — one where it’s consigned to keeping the lights on for legacy applications but precluded from participating in what’s viewed as critical to the future of the company at large.”

In a report titled ‘The false promise of bimodal IT’, research firm Forrester goes as far as to say bimodal IT “creates a two-class system that adds complexity and kills culture”, adding: “At a time when businesses need to drive speed and agility, it makes no sense to have two groups competing for funding, resources, skills, and the business’s attention.”

The elephant in the room

The bigger problem, though, is that the bimodal approach to IT puts an organisation at risk from failing to tackle the very real challenges it faces on an business-wide scale. Change needs to happen right across the organisation, and that includes the strategy for ‘keeping the lights on’ with legacy systems. Processes and tools across the piece needs to move with the times, not just the new applications that serve customers or individual business units. Besides, new apps and projects will rely on enterprise data and software from the Mode 1 ‘legacy IT department’. Good luck delivering a roadmap of brilliant digital products if they are constrained by back end systems that are slow to change, don’t adapt and grow increasingly out of date.

Forrester’s report says bimodal “perpetuates the myth that back end systems can be left as they are” while they really need to be able to change rapidly when necessary.

Forrester’s report says bimodal “perpetuates the myth that back end systems can be left as they are” while they really need to be able to change rapidly when necessary.

Sometimes it can be a good idea to hedge your bets, but not in this situation. Large organisations need a culture fit to compete in a digital marketplace of constant disruption driven by constantly accelerating technological innovation. This climate will only intensify — it won’t somehow run out of steam and see people settle back into familiar, comfortable old ways of working. We know from history that companies who approach change with only partial commitment don’t survive the transition. From Xerox to Borders to Blackberry to Sonos; if you approach transitions with one hand in the old way, your organisation will be too slow and you won’t make the change work.

Speed, innovation and agility need to course through the veins of the entire organisation. It’s what has allowed the Googles and Amazons of the world to enter and dominate industries, seemingly overnight. They, and any number of disruptive challenger start-ups, now set the pace. Those who fail to adapt will die. The whole organisation — and its entire IT strategy — needs to be galvanised around a unified sense of urgency, with the best tools and processes for the job of today, not yesterday.

Blink helps you inform, connect and enable everyone in your workforce through it's unique personalised feed. We are not another intranet. Enter your email address on joinblink.com to get started today. 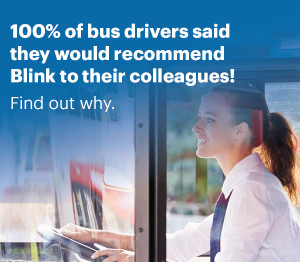 Read the case study
Popular posts
1
7 Apps to Improve Team Performance (Virtually)
2
Best Employee Benefits for the Changing Workforce
3
Mobile Apps for Small Businesses: 8 Reasons You Should Invest
4
What Is Performance Appraisal?
5
How to Map, Monitor, and Improve the Employee Journey

Organisational Agility - The Importance of Walking the Walk

A lot has been said about the need for big companies to act more like small ones. To become faster, more……

How AI gives you productivity superpowers

A couple of recent reports on artificial intelligence caught our eye at Blink. They highlight the enormous……